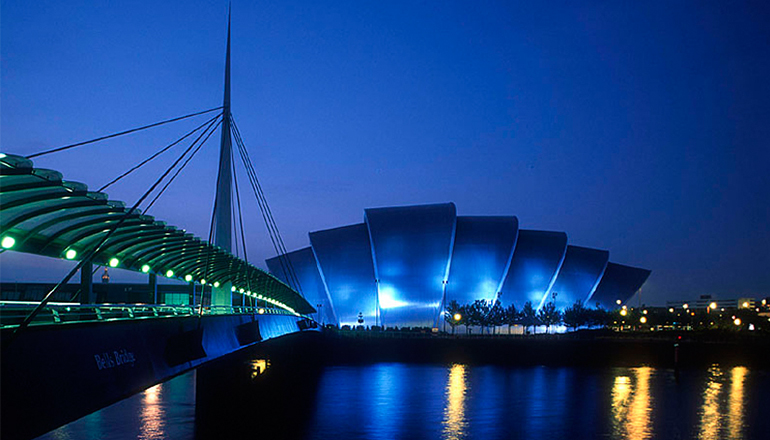 The Scottish Exhibition and Conference Centre (SECC) has been recognised by Exhibition News magazine for its high quality events space, being named ‘Best Venue over 8,000 sqm’ at a ceremony held last night (28th April).

The Glasgow based venue beat off stiff competition from other UK finalists including ExCeL London, the NEC in Birmingham and Olympia London.

The award was collected on behalf of the SECC by Director of Exhibitions, Dan Thurlow, who commented; “This award recognises the SECC as a leading event venue attracting an increasing number of shows from both local and national organisers who are accessing a hugely engaged audience. It’s a great team effort, not just the venue but the city and the country who collaborate to host great events”

The Exhibition News award win comes shortly after the SECC became the first venue in the world to be officially accredited under the World Obesity Federation’s Healthy Venue Awards programme for its focus on delivering healthier options for delegates. Initiatives implemented have included creating a healthy venue task force, partnering with Nextbike to provide free bikes to conference delegates and offering low fat, low sugar and low alcohol menu options across the venue.